*This event is by invitation only. Delegate passes are limited and are only available to reserve by in-house practitioners. If you are interested in partaking please apply.

You are invited to join our Virtual CISO 360 Roundtable on Tuesday 30 June to connect with peers and to benchmark with CISOs and senior cybersecurity peers.

Geo-political tensions are escalating, and the world is confronting new economic challenges posed by the rigours of Covid-19. Sophisticated, advanced threat actors have raised their game to take advantage of the new remote working reality, and they won’t stop here.

Please join Paddy McGuinness and Maj. Gen. Brett Williams, two internationally acclaimed cyber security experts with first-hand experience of confronting and defending our countries and businesses from crippling cyberattacks, to discuss how collective defence is the way to combat deadly and silent adversaries.

In this virtual roundtable we will also discuss:

Founded in 2014 by GEN Alexander, IronNet Cybersecurity is a worldwide cybersecurity leader in network traffic analysis that is revolutionizing how enterprises, industries, and governments secure their networks by delivering the first-ever collective defense platform operating at scale. IronNet combines the skills of its cybersecurity operators with their real-world experience working on both offense and defense in the public and private sectors, integrating this deep tradecraft knowledge into its industry-leading products to solve the most challenging cyber problems facing industry today.
https://ironnet.com

This is a great opportunity to hear geopolitical updates and to share strategies within a unique closed door peer group. The discussion is held under The Chatham House Rule. Guests will be encouraged to be visible on the screen if they feel comfortable to do so. Invited attendees include:

Paddy McGuinness was, from 2014 to 2018, the UK’s Deputy National Security Adviser for Intelligence, Security and Resilience overseeing national risk assessment, the resulting policy and crisis response and recovery. He advised two successive British Prime Ministers on Cyber Security, Counter Terrorism and how to counter action by Hostile States. In this role Paddy led on the formulation and implementation of the UK’s 5 year National Cyber Security Strategy and Programme and work to enhance the security of Critical National Infrastructure and manage adverse national security impacts from foreign investment. The first part of Paddy’s public service career was in the Diplomatic Service with service in Yemen, the UAE, Egypt and Italy. He has since represented the UK on a range of issues: law enforcement and national security use of Data and its sharing cross border, the geopolitics of the Middle East, European and transatlantic security cooperation and Counter Terrorism. Paddy has now left Government service and is focusing on how CEOs and Boards develop security, (especially Cyber) strategies that go beyond simply addressing current threats and vulnerabilities to become a positive and active factor in the value of the business. 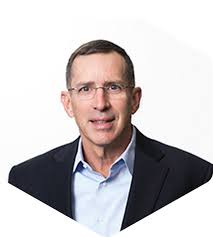 Major General (Retired) Brett T. Williams is a co-founder and the Chief Operating Officer of IronNet Cybersecurity. IronNet delivers the power of collective cybersecurity to defend companies, sectors and Nations. He served nearly 33 years in the U.S. Air Force and his last assignment was Director of Operations, U.S. Cyber Command. In that position, he was responsible for the operations and defense of Department of Defense networks as well as the planning and execution of offensive actions in support of national security objectives. General Williams is a highly experienced fighter pilot with more than 100 combat missions in the F-15C. In addition, he held several large operational commands to include Commander of the Air Force’s largest combat wing located in Okinawa Japan.

A successful senior Chief Information Security Officer and Operational Risk Director with a proven track record in multi-cultural and multi-national organisations. Able to bridge technical and business disciplines and communicate at all levels. Extensive knowledge of Information Security, Cyber Security, Physical Security, BCDR, Operational Risk, Crisis Management, Data Protection, Financial Crime and Compliance. The first 16 years of Graham’s career were spent in the Diplomatic Service engaged in technical security for the Foreign and Commonwealth Office.  He then moved to the financial services sector where he has held senior security posts with Abbey National, Standard Chartered, Barclays, RBS, HBOS and ING.  Through these roles he has developed a holistic approach to risk management and security, holding responsibility for information risk, IT security, physical security, fraud, money laundering, business continuity planning, compliance, crisis management and intelligence.  He has also worked outside of the banking industry as the Group Head of Information Risk for Centrica. He then held the position of Director of Data Security at Nationwide Building Society before taking the role as Head of Information Security at Camelot Lottery Solutions. Graham is currently Interim Head of Cyber Security at Yorkshire Water. He has a master’s degree in Information Security from Royal Holloway.

Clive has worked as a marketeer within cybersecurity since 2000. As the Marketing Manager at Portcullis Computer Security he organised all their bespoke events from seminars to hospitality events like the famous Portcullis Arms during Infosec. He was also responsible for their involvement with conferences and exhibitions all over Europe. His experience in promoting and presenting at cyber security events is matched by his passion for helping people understand the critical importance of mitigating the risks and protecting themselves and their organisations from cybercrime. He believes that in terms of reputational damage and operational costs, security breaches should be a key concern of everyone from the ground floor worker up to board and director level. Clive was Chairman of The White Hat Committee, the charity for the information security industry, which raises money for ChildLine and Barnardo’s throughout the year. This January’s White Hat Ball was the most successful to date raising over two hundred thousand pounds and the next White Hat Car Rally is in September. Clive is proud to be a part of the dynamic team bringing CISO 360 Congress to the marketplace as a game changer in cybersecurity events.

Back to Pulse Conferences
Pulse Conferences - please follow us on twitter
We just had the absolute honour of hearing @FigenMurray Murray OBE share her personal journey for the Protect Duty… https://t.co/rxpQVCAPaN
Reply Retweet Favorite